Eat All You Can

-
With the alarm going at Dubai 7 am, what a good night sleep that was. I needed that.

A full "eat all you can" English style breakfast was part of the voucher - what a difference to the last month of at times indifferent breakfasts. No, I did not stuff myself. 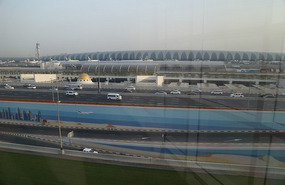 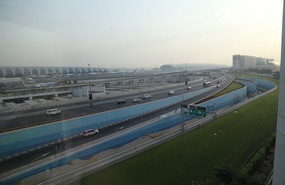 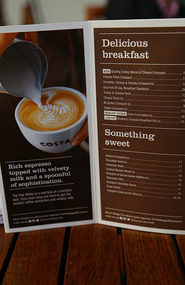 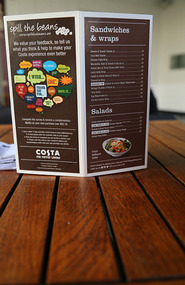 With the plane departing at 10 am and as I had my boarding pass (so I had thought), just missed the 8 am shuttle to terminal 3 that leaves every 30 minutes. This didn't matter as last night reception said to catch the 8.30 am shuttle.

Followed the signs to departure but at the first check point was told to return to check in to get a new boarding pass. Those who have been to Dubai know how big the terminal is so back I walked ... Armed with new boarding pass plus I was given my Sydney to Auckland one as well, made it through this check point, passport control, security, then took the lift up to departure gate A24 stopping on route to pick up a Starbucks Dubai branded mug for Brenda. 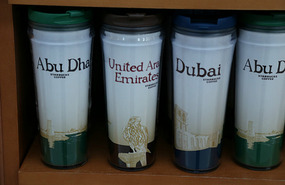 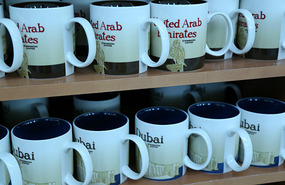 
Even leaving at 10 am to me it was a night flight with a scheduled 6.50 am arrival. So this time I thought to watch a few movies.

The Love Punch - a 2013 British comedy film written and directed by Joel Hopkins.

The Hundred Foot Journey - a 2014 American comedy-drama film directed by Lasse Hallström from a screenplay written by Steven Knight, adapted from Richard C. Morais' 2010 novel The Hundred-Foot Journey. The film stars Helen Mirren, Om Puri, Manish Dayal and Charlotte Le Bon and tells the story of a feud between two adjacent restaurants: one operated by a recently relocated Indian family and the other managed by a Michelin-starred French chef (Mirren).

Touch down in Sydney just as the sun rose.
Other Entries
-