-
I survived the 12 hour flight! Left Perth late but got into J'berg early just before the sun rose and then had another 5 hour transit wait watching slowly as the airport came to life. Is this Africa? 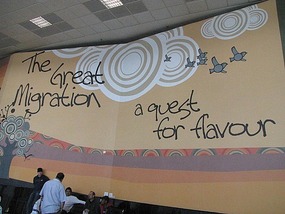 What part of visiting Africa is all about 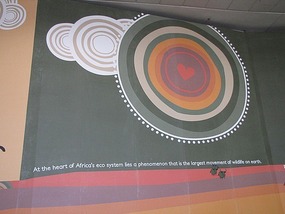 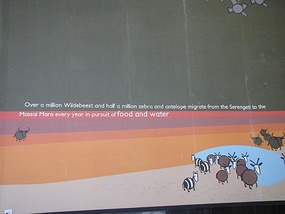 Last 3 or was it a 4 hour leg to fly north to Nairobi, Kenya? The Airbus 319 was only 3/4 full and that was great because .... the captain took us on a magic carpet ride by turning right and flying past Mt Kilimanjaro. At 5,895 m it is the tallest mountain in Africa and unique as it is a free standing mountain. 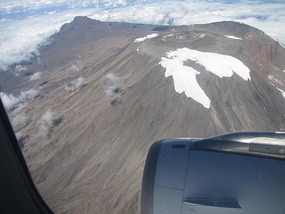 Mt Kilimanjaro: much easier than a 4 day trek up!
description
He dropped the right hand wing as we flew oh so close to the crater, then did a hard u turn and flew back and dropped the left hand wing so that the passengers on that side could get a wonderful view. I was surprised at so little snow on the mountain ... it is winter here in Africa, barren and windswept.

Nairobi and my first impressions as Andrew drove me the 30 mins to the Boulevard Hotel ...

- polluted with the diesel fumes. 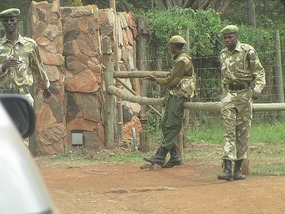 
- hawkers selling anything and everything walking between the cars just like in China. High unemployment so no wonder. They have to make an earning somehow. 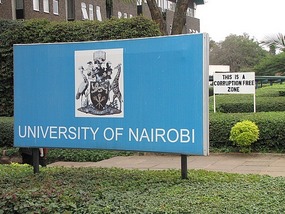 
- so many people walking along the side of the road and often no footpath. 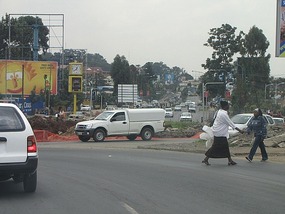 
- tall Kenyans and not obese. 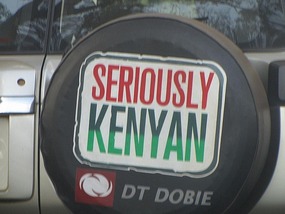 Kenya, Africa here I am at long last

- plus so many people with cell phones "stuck" to their ears. 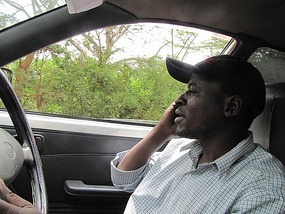 I was able to get a room on the much quieter garden side of the Boulevard Hotel for the next 3 nights. This was Acacia Africa's recommended trip departure hotel. Thanks Trip Advisor for this handy tip re quieter garden side. It would have been very noisy on the road side. What I didn't know was that the hotel was undergoing renovations and the rooms on my floor right next to mine were being done up. During the day it was constant chip chip as the tradesmen with their cold chisel and hammer chipped away removing the concrete plaster etc. Oh well that's my luck, no point staying here during the day to rest up after the air flight.

The hotel location was great as it was only a short quick 10 minute walk past the university and one was in the centre of Nairobi. A Barclay Bank branch was also just past the university. Stocking up at the multi story Nakumatt Supermarket in Moktar Daddah Street which had everything an overlander traveller may have forgotten. I wouldn't walk back to the hotel after dark but catch a taxi ... bit dark along this hotel access road.

To sit by the hotel pool to rest up meant paying for the privilege! I should have gone next door to the posh Fairmont Hotel in Harry Thuku Rd for a drink by their pool.
Other Entries
-