Dinner at Stray Dog Brew Pub which is owned by the owners of the La Posada del Arte where we are staying.

For me it was a Tostada plate with skirt steak, chicken and vegetables for US$6 washed down with their own brewed beer. 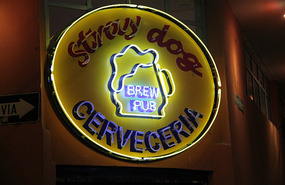 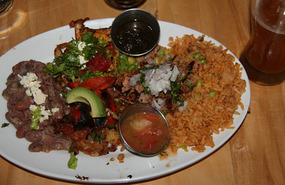 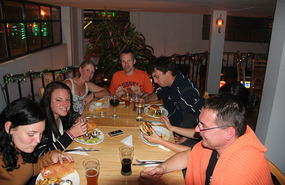 Wandered back for our 9 pm pick up via Banos’s city lights. 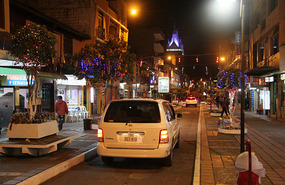 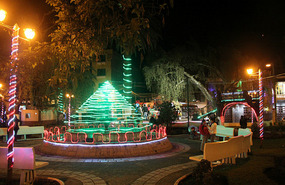 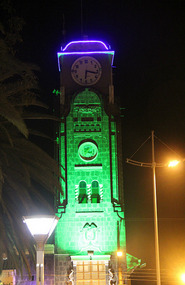 
Sure enough at 9 pm our transport turned up and it was not a van but a party truck! I thought it was for the other Tucan group camping next door but they had decided to join us and about 30 piled onto this covered open window truck with the coloured strip lights flashing away and the loud music pumping out of those huge speakers, we were off. 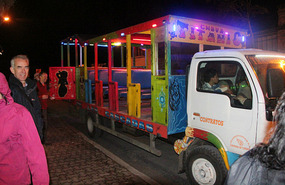 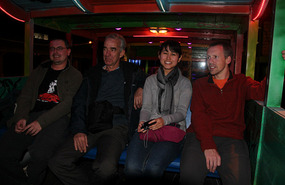 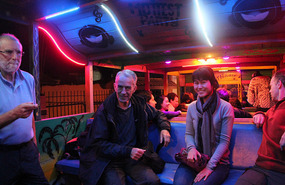 Away in the distance we could see the red glow at the top of the Tungurahua mountain 5,023 metres. By the time we had scrambled up a grass bank and reached a view point, the red glow had gone as the lava flow had quietened down. We were about 1 km away and 2,000 metres lower than the flow. Banos (1,800 metres) is apparently only 5 km away. I eventually sorted out how to take these long distance night photos as these 4 images show the bursts of lava flowing out of the crater. Lesson is to take a torch, know your equipment like how to raise the tripod and camera - which way to turn the manual focus ring in the dark! At least I took my tripod. Results were ISO 6400, f 5.6 and 3.2 sec with the lens fully extended at 200 mm. Hopefully tomorrow night we can go to another view point and a different angle. 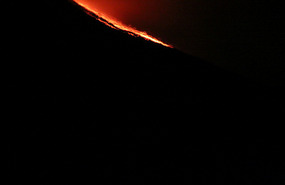 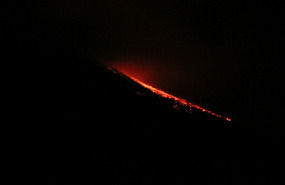 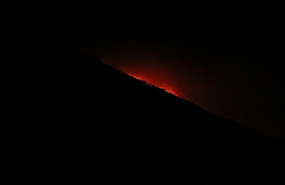 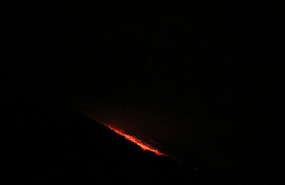