Intrepid Trip notes: This Classic Laos adventure comes to an end today, and with no activities planned, you’re free until your transfer to the airport for your departure flight 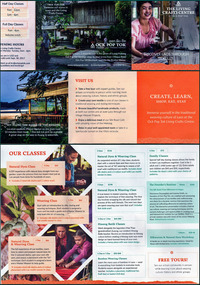 I had an extra booked in Luang Prabang because my other trip didn't start for another day so I chose to stay here rather than go to Bangkok early.


When I was finally finished, Yai blocked my piece and rolled the strings to make them not unravel. Then I went to have lunch at their cafe. I joined the British woman and found out a bit about her experiences in Laos over the last year while she was working in Vientiane. She had an exceptionally nice looking mango mousse but I ordered the lemongrass stuffed with fish entree that came with steamed vegetables and sticky rice with a fresh lemon juice to drink. Everything was good too. Then Ianthy stopped by on her way back to town. I found a little museum to check out and went to their gift shop where I bought a few souvenir presents. Nothing as nice as my place mat of course. 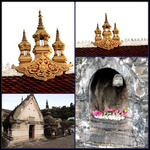 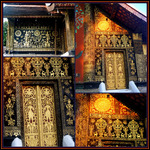