-
With every trip there are always smooth parts, things that go really well. Things that make you say “isn’t travel enjoyable?”. And then you hit a rough patch. Nothing significant, or earth shattering, but something that makes you go “damn…shoulda known”. . Our travel here was certainly very smooth, what with upgrades with Lufthansa and free liquor…did I mention that was another perk of our upgrade? Our flight with Air Malta was also smooth, although didn’t offer quite the freebies of our previous flight. We arrived in Malta airport, found the desk to purchase our 7 day bus pass and hopped on for the hour long ride to our hotel. Why not? We’re on vacay…we’re not in any hurry. One thing I learned rather quickly…Malta bus drivers are LUNATICS. I am certainly going to be careful crossing the streets in this country, cause you never know when one of those crazies will come right out of the woodwork and take out some poor pedestrian who was looking left when they shoulda been looking right.

We got checked in without incident 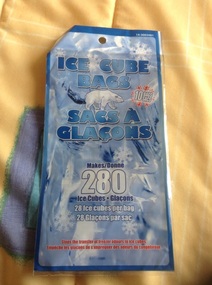 jpg
. It's a small room, but has everything we need...even a window that leads to nowhere...reminiscent of our hotel room last year in Paris. There's a window in it kitchen and our bathroom that looks into...well...nothing. Luckily the glass is frosted, so you get light without ugliness. Well, I wasn’t long in the room when I realized that I had made one very smart decision when I packed my suitcase. I followed that back patting up two minutes later with some self recrimination for what can only be described as a rookie mistake. First the good bit…I was leaving the dollar store the other day with some last minute necessities when I noticed some plastic ice bags. You know the ones, you fill them, tie off the top and they make sheets of ice cubes. Now, it’s definitely not the first time I’ve ever seen these things…but it is the first time I’ve realized how handy they would be to someone who is travelling to a European Union country, where ice is always conspicuously absent. No more warm drinks for this chick!! There is so much ice firming up in our freezer that I’ll have more than enough ice this whole week! And all for the price of $1. Can’t beat it. You KNOW they’d charge you about €2 for a bag of ice, and we’d likely end up buying one every day or 2. Just imagine how pleased I was with myself…until I walked in the bedroom to plug in my IPad to charge…and found out that I didn’t need the European adapter which I packed. Nope…needed my UK adapters. I know…rookie mistake…should have googled it to confirm before leaving home…but really…being that Malta is situated so close to Italy, and is part of the European Union, who would have expected anything else? Luckily for me, the hotel had an adapter that I can “borrow”…with a €5 deposit, that is. Not the best setup, but it works!

As good a job as the No Jet Lag pills did in staving off the effects of an all night flight, we have unfortunately hit the wall. So it’s early to bed, and hopefully early to rise…all while my dozens of little ice cubes firm up in the freezer.

What will tomorrow bring? Why not check back and see!
Other Entries
-

Here I was thinking your mistake was going to be -- had ice cubes bags but no freezer to put them in! The adaptor thing would have fooled anyone, I mean, who'd a thunk it?