Nothing is ever simple

-
Sometimes something which SEEMS simple, turns out to be oh, so complicated. One of the things I really wanted to do on this trip was to go to the Malta Falconry Centre. By all accounts, it’s a little known spot in the middle of nowhere. But “have bus pass, will travel”!! I originally planned to go on Tuesday, but our Gozo trip got bumped from Monday to Tuesday because we needed an earlier start for that trip. The Falconry allows you to tour around the facility and then there is a demonstration held at 11 am and 2 am during the winter hours, which luckily for us, extend until the end of June. The plan was simple. Hop a bus, travel to Siggiewi, walk out to the Falconry. Easy, peasy! Right? Nope, not right. 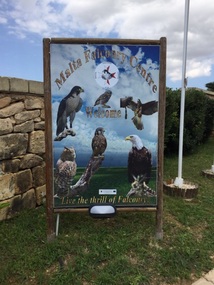 jpg
. Surely 1.5 hours is plenty to travel what doesn’t appear to be real far. The first hitch…we have to travel to Valletta to get a bus out to Siggiewi. Okay…doesn’t seem like the most direct route, but what do you do? When traveling by bus, ya gotta go in the direction they travel. We reach Valletta at 10:50. Okay…obviously we aren’t gonna make it to the Falconry for the 11 am demonstration. No worries…surely we’ll be there for the 2pm demonstration. We board the bus for Siggiewi and ask the driver where we get off. First of all, if you remember the old cartoon Rocky & Bullwinkle…and their arch nemeses Boris & Natasha...well, this bus driver talked just like Natasha.. She says “hi doe-na know where dat IS”. No worries, when we get to Siggiewi we’ll get off at the bus depot. EVERY line we’ve traveled always had a bus depot where the line ends…till now. We make the loop through Siggiewi and are heading BACK to Valletta when I realize we best get off. So we disembark in an area which is strangely isolated for a residential type area. We find your local, neighbourhood pet shop to ask for directions…cause if you’re going somewhere that there are animals, who better to ask for directions? He says it’ll be a 15 minute walk…or did he say 50 minute walk? Could have been either with that accent. We ask again when we get closer and then, within a half hour, we arrive. It is 12:30. We sit in the reception area for cool refreshment, cause it must be close to 30 C outside. Then around 1pm we head out to look at the birds. But, without a doubt, the highlight of the day…likely the whole trip, was the demonstration. There were only 4 of us there, so we each got to hold and pet the birds. It was quite an experience. Well worth the all day bus drive to get there and back.

We returned via a different route, so got to pass by a couple of other attractions. One was the Hagar Qim which is another one of those ancient temples that are older than dirt, and the Blue Grotto which is a bit like the Azure Window up in Gozo. Unfortunately, we didn’t dare get off the bus in EITHER of those stops as we would have likely been another 2-3 hours getting back to the hotel…and we’ve got packing to do. It’s a very early start tomorrow to make it to the airport for our 8:30 am flight.
Other Entries
-

Okay, someone's gotta say it -- the trip to get there is for the birds! And is that Hedwig you're holding?