-
As this cruise has been such a ‘family’ affair with lots of kids running around, I’ve been wondering how these large families can do it.  I saw one family on board that had 5 kids.  That means at least 2 cabins, possibly 3.  And sure, when they’re kids you can likely put 4 of them in a room with bunk beds and ‘Bob’s your uncle’.  That’s really the ONLY situation where bunk beds would be suitable. 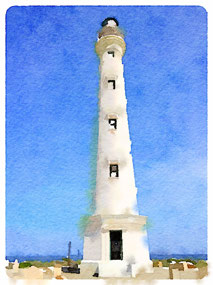 California Lighthouse
In fact, on the first day onboard there were 3 older women, and by older I mean older than me, in line waiting to speak to someone at customer service.  They must have been first time cruisers and they were all sharing a room.  Don’t know what they expected to find when they boarded, and don’t know if they used a travel agent or not, but either way, they were ill informed.   They were in line to complain because the cabin had bunk beds and none of the women could climb up into it.  Not sure what the solution would have been, but it might have been to purchase another cabin.  Yikes!
So back to these large families.  I couldn’t understand how they could afford a cruise.  After tonight, I fully understand.  I understand that even if they have to take out a loan, it might well be worth it for some of these parents.  Like the parents of the gaggle of kids in the pool tonight.  There was a full house to watch the Movies Under the Stars.  And there were 4 kids in the pool who were OUT OF CONTROL and totally unsupervised.  Now I understand!  The parents bring their kids on a cruise, go off to have a nice, quiet meal, and unleash their rambunctious kids to bother the rest of the passengers.  They were told several times by crew members to be quiet, then they were told by a passenger a couple of times.  I left when the movie was over and those kids were still annoying people around the pool.  The parents?  Nowhere to be found.

This is one happy island! 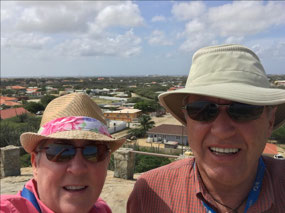 On top of Casibari Rock with view of ship
Today we had our first port of call.  It was a lovely and hot day in Aruba.  We’d been here before, so didn’t need to spend too much time wandering the usual chain stores around the cruise terminal.  We did take an island tour which was entirely last minute.  It turned out really well and we had a great guide.   We saw everything this small island has to offer from the Casibari Rock Formations, to the California Lighthouse and the Aruba Aloe factory. 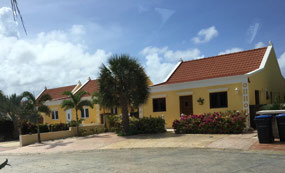 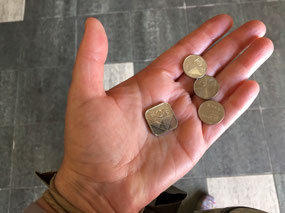 Aruban change...some is square!
It’s a short cruise down to tomorrow’s port of Curacao.  Can’t wait! 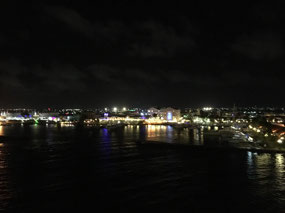 Oranjestad in the rear view mirror
Other Entries
-

Hi guys My question is why aren’t all those kids in school? I know it is Thanksgiving there but surely they don’t have the whole week off! Sounds like a campground .. parents sitting around partying and kids running wild!

My question as well. But I guess American Thanksgiving is bigger than Christmas, so worthy of missing a few school days.