Festivus - Day 3 was great because

-
Well, the luck went south today. Fortunately I found other things to amuse myself.  Now this is a bit of a ‘chicken and egg’ scenario.  They have actual, live, flamingos here at the hotel and they live outside.  But which came first?  Did they call this place the Flamingo BECAUSE of the flamingos, or did they purchase a flock of flamingos BECAUSE the hotel is named the Flamingo?  These are the little mysteries in life that keep me awake at night.  Either way, the poor things were freakin’ freezin’ this morning in the -4 temps.
We had a lovely breakfast at the Mirage’s buffet.  We ate there yesterday as well and because it was soooo good, we went back today.  Okay, the 2for1 coupon we had was a huge enticement.  And I’ve decided that dessert is a necessary part of every meal...but I did pass on the included wine and beer! 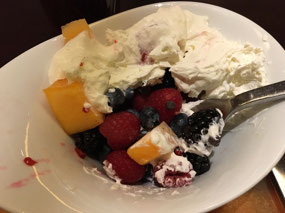 It’s fruit so it’s healthy...sort of! 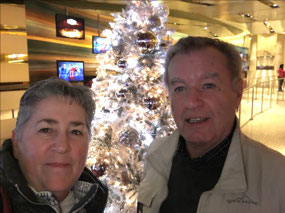 There’s a Christmas Tree here in Vegas!
This afternoon I enjoyed another movie.  This one was at my absolute favourite LV theatre.  The flick was just so so (Father Figures), but these comfy recliners are gonna ruin me for movies back home. 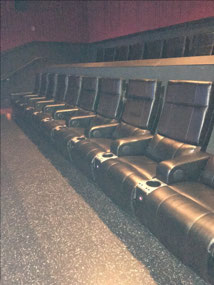 Nice seats in this theatre 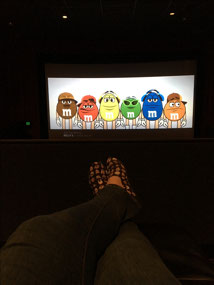 The best seat in the house!!!
What is the best recipe for bad luck in Vegas??  A little retail therapy.  Ya can’t go wrong.  And Shelley, I only bought ‘consumables’!  No cheap tchotchkes or Pez dispensers for me! 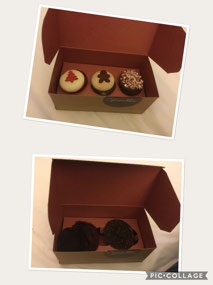 Elapsed time from top to bottom...2 minutes!
I had my first ever Vegas Celebrity Sighting today when I saw Jay-Z coming out of a casino.  No fanfare.  No Beyonce.  I’m sure it was him...and no, it’s not like when Kramer thought he saw Salman Rushdie at the gym!
This being the eve of Festivus, we thought we’d wander among our fellow celebrants on the Strip.  Lots of action out there tonight.  The excitement level is high!  It’s gonna be a memorable holiday! 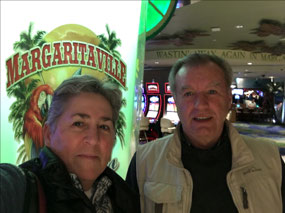 Out among out peeps!
And here’s a little story for your “No he d‘nt” file...I got on the elevator here at the hotel this afternoon.  I ran for an open car.  There were 2 men already on it, and one other got in behind me.  I reached in front of buddy...we’ll just refer to him as MNF which is short for Mr. No Filter.  So...I reach in front of him and press the button for 5.  He turns to me and says ‘You could have walked up to the fifth floor’.  (I don’t make this stuff up!!!!). There were just sooo many responses I could have offered to this comment...least of which was F#@% right off....but I took the high road.  I could have said ‘Do ya hate women...cause ya didn’t say ANYTHING to the guy who just got off at 4’.  I could have said ‘You’re only going to 7, ya lazy bastard’.  Or maybe ‘run out of your dementia meds again?’  Nope, there were so many responses to pick from...but I opted for simple and straightforward.  “I could have, but I’m not.”  Sometimes ya just gotta bite your tongue!  Merry Christmas MNF!!
Other Entries
- 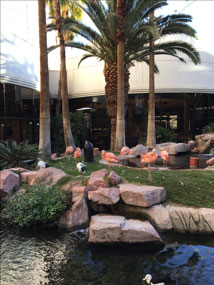 I’m proud of ya 2 counts — the retail therapy AND biting your tongue...that must have hurt like hell! And is it usually so cold when you’re there at Christmas? Do I need to be packing winter wear in February?

That is just because we’re here! Supposed to warm back up on Christmas Day...the day we leave for home. Coincidence?? I think NOT!!!