That be old shit!!

-
Things here in York were a tad quieter on this bank holiday Monday than they were yesterday...but not a lot.  We did a 3 hour walking tour today.  It was one of those free tours that I love so much.  Some people, however, get caught up on the ‘free’ portion of the tour description and don’t fully understand what they are in store for. 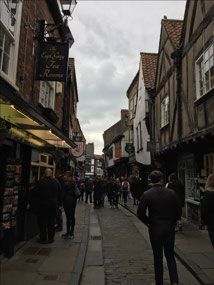 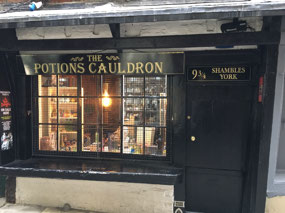 A very Harry Potter theme in the Shambles
First of all, this is a 3 hour walking tour.  Okay, so more like 2.5 because there can be a rest break at the midpoint.  It’s largely a historical tour mostly because there’s a lot of old shit around here.  And I do mean old...like dating back to years with only double digits.  Apparently it can’t be overstated that being that we’re in ENGLAND, and the mother tongue is ENGLISH it should be anticipated that the tour would be presented in...english.  Not apparent to everyone. 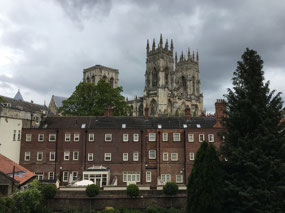 Roman coffins unearthed
So we arrive at the designated meeting spot at the appointed time.  Our arrival is followed by the arrival of a group of women from São Paulo, Brazil.  They cover 3 generations.  Two daughters in their 20’s, mom in her 50’s and grandma in her 80’s.  As they approach, I notice that mom is holding grandma’s arm and helping her to walk.  ‘This is gonna be good’, I think. The tour starts and so does the simultaneous translation to grandma.  Now I’m starting to get annoyed!  Who brings an 80 something year old Brazilian woman with moderate mobility issues and limited understanding of the english language on a 3 hour walking tour in York?  Some less than bright family members, I would guess. 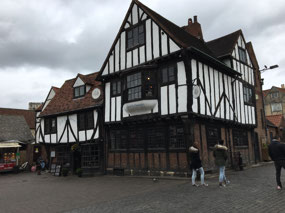 Old building in the Shambles Market 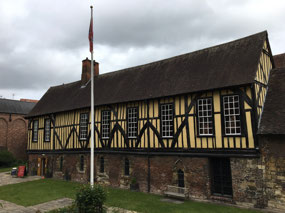 Merchant Adventures Hall
We were only at the 2nd stop on the tour when they realized that grandma wasn’t going to be able to continue.  Someone must have woken up to reality.  I noticed that they boarded a hop on/hop off bus nearby.  At least they would be sitting and grandma could follow along with the Spanish narrative on her headset.  Not to mention, the rest of us wouldn’t be subjected to their continued translations taking away from the guide’s narrative, and we wouldn’t be slowed down having to wait for them to travel from stop to stop.  Thank gawd!

Some new amongst the olda
So bottom line, there’s a ton of old shit in this city. If history, drinking and dining are your things, then York is where you have to be. 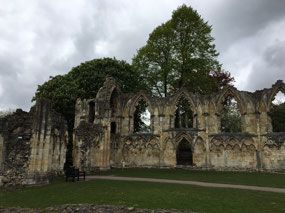 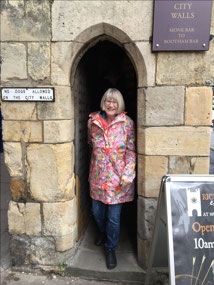 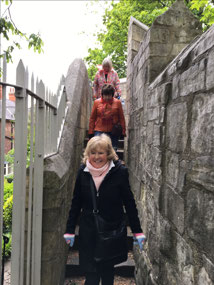 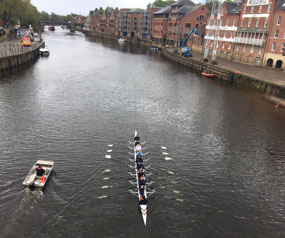 Rowing on the River Ouse
Other Entries
-

Can’t wait to hear about Scotland adventures! We are heading there in the fall!

I swear every town and city in England lays claim to having the inspiration for Diagonal Alley!

I laughed when I saw the Diagon Alley reference, although I see the resemblance. Just like every island in Hawaii claims Jurassic Park was filmed there!