Welcome to the Rock!

-
We’re here, we made it.  Well, all but one of our team members.  In typical AC fashion, their flight was canceled out of Fredericton this morning and they were put on a later flight.  Then, as luck would have it, their Halifax to St John’s flight was oversold, so they were offered big bucks to take a later flight.  Hopefully they will actually make it tonight.  Oh well...no worries...that’s why we have 5 on our team! 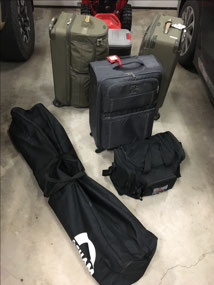 That’s ALOT of luggage for 2 people!
It’s all about settling in and gathering information right now.  And no better place to do that than...at the Hospitality Room!  It’s also a great place to scope out the competition.  Seems quite early yet as we were the only team there for the longest time.  Most teams are just arriving this evening.  And then the Quebec team strolled in.  They’re young.  They’re studly.  They’re gonna be tough to beat.  Especially since the cumulative age of the team is likely equal to the combined ages of only TWO of our players.  What we lack in youth, we make up for in experience.  Sure...that’s what we tell ourselves. 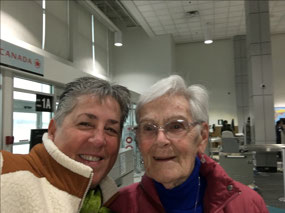 You meet the nicest people at the airport 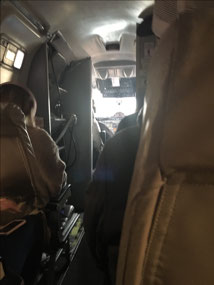 Checking up on the pilots
We traveled over on the plane with the Nova Scotia team.  They are long in the experience tooth and short on youth, just like us.  There will be a lot of familiar faces around this week.  In fact, very few new players ever seem to be here. 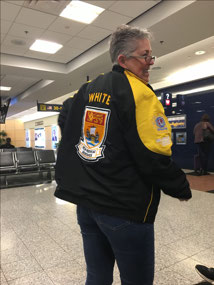 Thanks to IPA Region 16 for the lovely jackets! 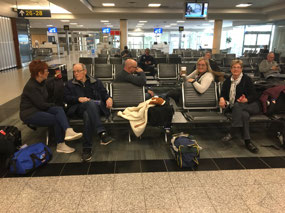 The gang’s all here...almost!
A little bit of time spent ‘mixing and mingling’, but then it’s early to bed cause it’s time to get our game faces on.  With our first game against Team Canada, it could be a rough start.  There’s a very low level of expectation when it comes to our team.  But that’s okay.  I’ve always wanted to be the ‘dragon slayer’! 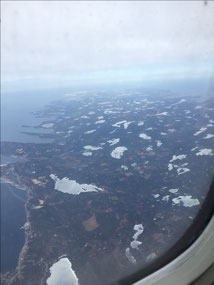 Welcome to the Rock! 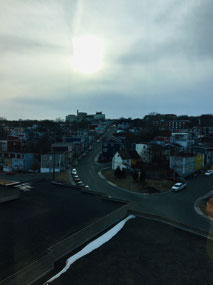 The view from up here
It all starts tomorrow.  Our first game is at 1pm. 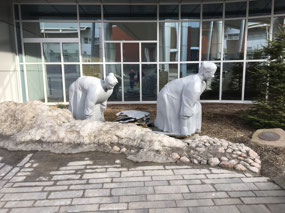 Found this while out for a stroll
Other Entries
-

Looking pretty professional in that jacket! We’ll discuss the amount of luggage later!

Bear in mind that we both have to pack our red serge...so one suitcase is just for that!

Glad you all arrived safely. I agree that experience counts for much more than youth!!! Hug from me should help!!!!

Have fun and enjoy