More than just the score

-
We had a nice team breakfast to start our day today before we headed to the club for our 1pm draw, followed shortly after by our 5pm draw.  Two games a day might be the death of me. 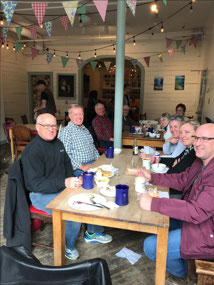 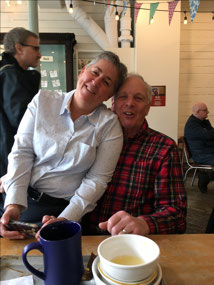 The Lead and Second putting their heads together!
You can’t always measure a team’s success by the scoreboard.  We played Nova Scotia this morning and just when things were looking like a slam dunk, they came up with a 3 ender and almost turned things around.  Luckily we held on to enjoy our first victory. 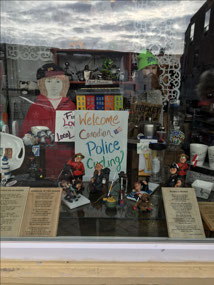 The downtown merchants are welcoming 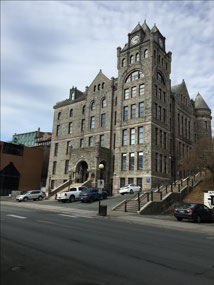 Supreme Court
After a short rest, and on a bit of a high, both from the afternoon’s win AND the hot turkey sandwich I devoured for lunch, we headed out to play Saskatchewan.  They were looking good at 2-0 going into our game.  I’m sure they expected an easy go.   We played our best game yet drawing first blood.  Then they got 2 in the second, and we battled 1 for 1 for the next few ends.  We were holding our own.  We played extremely well.  We were definitely the underdogs.  We started the 8th end 1 down.  We were hoping to force a tie and an extra end, but the curling gods just weren’t with us.  You really don’t mind losing when it’s a close game like that.  Well, okay, we hated to lose, but it was a respectable loss. 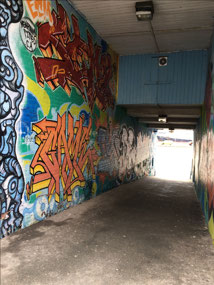 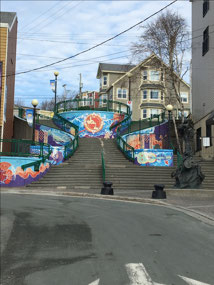 More downtown artwork
We did have a bit of time this morning to stroll around the downtown.  The highlight for me was when I found the little shop on Water Street that sells Coronation Street merchandise.  I’ll definitely be heading back there before the end of the week! 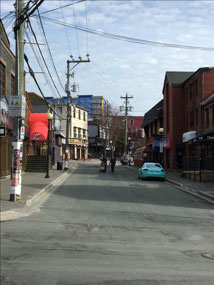 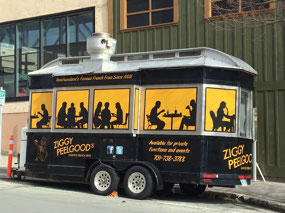 Always fun when you’re in the competition and not getting your asses handed to you on a broomstick! Good luck the rest of the way!

congrats on N.S. win..when are you playing the Young "studs" from Quebec? Hope Brad Gushue there to inspire you!

Congratulations. Lorne will be happy you beat his brother. Yahoo for you folks. Keep having fun

Congratulations on your win. Onward and upward.

Congratulations on your win. I was able to follow your game against Saskatchewan on live shore so I was sure cheering you on. Great game. Loved the pictures