-
Although they ARE the lyrics to a well known Supertramp tune, they are now the story of the remainder of our cruise.  Instead of making our way to Ponta Delgada in the Azores for Tuesday, we are now being rerouted on a longer path which will eventually lead to Fort Lauderdale...supposedly on schedule. Damn you Lorenzo!  Oh well, 8 days at sea...with no sign of land or living things...no worries!  We have food, drink, and entertainment... what more could one need?? 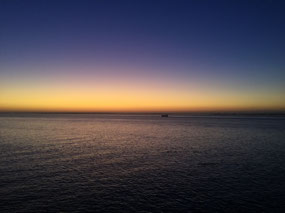 Welcome!
Some people were definitely more upset about the captain’s little bombshell than others.  Sure, I was disappointed.  That’s the second port of call that I was quite keen to visit that was cancelled.  I’m not as upset as the French’s are though.  Mr French told Billy Whiteshoes that if he was rich he would have left the ship today and flown home.  Billy Whiteshoes looked at him like he had 2 heads cause this is his 15th transatlantic, so he’s not bothered in the least. 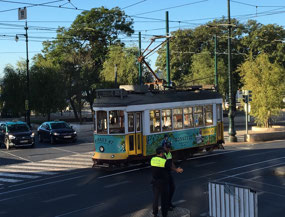 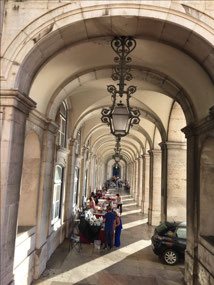 Sunday market
So tonight, to assuage my disappointment I stopped in at the casino for a bit of slot therapy.  I’m playing my favourite game, Miss Kitty.  A fellow sits down beside me and proceeds to tell me that I shouldn’t play ‘the cat’, cause it doesn’t pay.  ‘Ya gotta play the buffalo’, he tells me.  I keep playing.  I hit the bonus round a few times, but it doesn’t pay a lot.  He starts in again.  ‘The cat doesn’t pay.  Ya gotta play the buffalo.’  I continued playing ‘the cat’.  I was just finishing up when he started in yet again.  I turned to him and said ‘it’s like this...I don’t LIKE the buffalo...I LIKE the cat’.  Still not enough, he tries again with the ‘but the cat doesn’t pay, ya gotta play the buffalo’.  Again, I told him ‘but I don’t LIKE to PLAY the buffalo...I LIKE to PLAY the cat’...and then I just walked away.  I mean REALLY!  I get that he thinks he’s being helpful.  But does he really believe that it makes any difference which game you play on the machine.   If it’s gonna pay out, it’s gonna pay out, regardless of which of the multiple games you choose to play.  At least that’s my opinion.  His...obviously different...but...did I ask??? 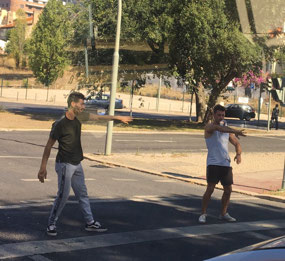 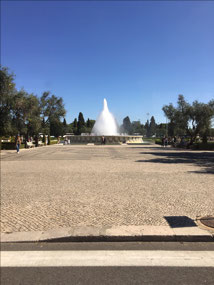 A fountain in Bellem
Today was Lisbon and that’s one big city.  There’s a lot going on.  A lot more than can be seen in a mere 8 hours.  We opted for the good ole fashioned Hop-on/Hop-off (HOHO) bus.  We saw lots. 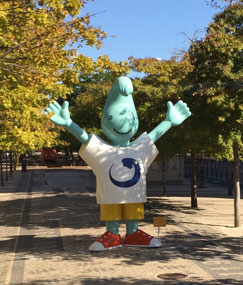 Not sure what he is, but he’s in a few places
It was hot...stinkin’ hot.  Probably first and last time I’ll be saying that this trip! 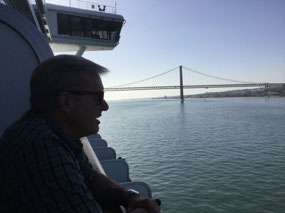 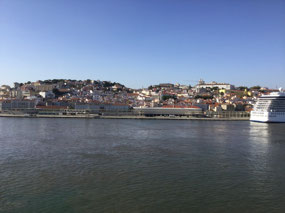 Good-bye civilization!!
Time to get into a rhythm for these 8 sea days.  Gonna be interesting!
Other Entries
-

But did you go to Pasteis de Belem for the pasteis de nata...or are you saving that for next time?

And I’m surprised you don’t play the leprechauns on that machine. I have to agree with that guy — I hate that cat! Meeeow...so f’n annoying!

Shelley, the line for the pasties was a mile long...would have taken us a couple of hours wait that we didn’t have to spare. The downside of visiting on a Sunday. We’ll try it next time.

"8 days on the sea I said I'm a gonna make it home tonight" Safe travels!