-
So we're into our third day here in Amsterdam and I've yet to experience the local cuisine. I guess the reason for that is...that there really isn't a local cuisine. As our tour guide, Michael, said the other day "No one comes to Amsterdam for the food". If I was to describe the cuisine here I would say it is either covered, dipped or layered...in cheese. Pizza is popular here, so the pizza I ordered on our first day really was a local speciality.

We decided to venture out of the hotel for breakfast this morning, and what we learned was 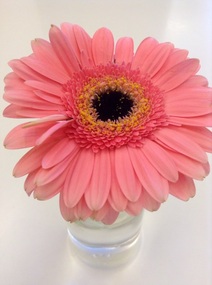 jpg
...the 10€ breakfast here is really a good deal. Our breakfast at a local spot was pretty good, for a Full English...but it's important to note that their version of baked beans are just plain...weird...and their sausage can best be compared to a pepperette back home. Looks like a hot dog, but waaaaay spicier.

Today our culture meter was dipping way down below the norm, which for us isn't real high to start, but last night's trip to the Red Light District pretty much dropped us into...well...the "red" zone. So today we headed over to Museumplein to check it out. We saw the Rijksmuseum, and the Van Gogh Museum...gift shops. Now come on...be realistic...you didn't actually think I would be able to handle both of those places, now did you? We did get to see the iconic "I Amsterdam" sign and some really cool bunnies. Plus, enroute to Museumplein we passed down a street which could only be described as the Rodeo Drive of Amsterdam. Some high end stores and really nice vehicles. I saw my first ever Bentley convertible. Gor-jus!!!

Next up was the Flower Market where there were some beautiful flowers. I was surprised, though, because many of the vendors here sold bulbs and seeds, but only a few had real, live, fully grown flowers. The ones that were there were spectacular.

We finished our day with a canal cruise and were really glad we did. We got the sense that Amsterdam was quite small...mostly because we've passed through Leidseplein several times a day no matter where we were heading. It always seemed to be the shortest route to everywhere. The canal cruise showed us that it is bigger here than we had imagined. We got to see some areas that we hadn't seen before, plus, the boat was far from full, so we had lots of room to move around to get that perfect photo op. Great way to finish off our Amsterdam whirlwind tour.

Tomorrow we're off to Brugge.
Other Entries
-

Wonderful pictures and the weather looks really nice and sunny so everything is so bright.