-
I’m starting to get it. Well, let me modify that to “I’m starting to see the benefits of it”. The “it” I’m talking about is the habit of people, okay younger people, in wearing those infernal ear buds ALL THE TIME. And yes, I’ve recognized a value to it. For any of you that fly solo, or have been ceremoniously disconnected from your travel partner by Air Canada’s seat assignment policies, you might understand from “whence I come”.

Some would say that I’m not an overly social person 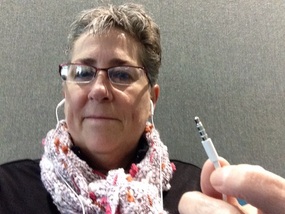 jpg
. Some would be right. Sure, I’m all about the “social” when it’s with people I: a) know; b) want to know; or c) my mother has told me to speak to. But with strangers... on an airplane... squished into too close quarters… who want to go on incessantly about their daughter’s neighbour’s cat, or their grandchild’s potty training, I’m all about the “anti-social”. I can live with the societal conventions that require the initial head nod, or half smile and quick “hello”, but beyond that, I’m generally uninterested. Short of buying a seat beside myself to ensure a buffer zone, there is really little that can be done to discourage idle chitchat. But waaaaaiittt a minute…what if I plug my ear buds in? And voila! Most people, and yes, there are exceptions to every rule, but MOST people will interpret that as a polite rebuff. The trick is, to get those babies stuck in your ear canals BEFORE your seat partner takes their position. You don’t even have to have music on your IPod/IPad. Heck, the ear buds don’t even need to be plugged into anything other than your empty pocket, but the message is generally transmitted and received 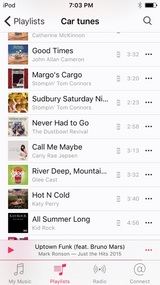 1-jpg
. If it turns out that your seat partner falls into one of the aforementioned 3 categories, you can always remove them and strike up a conversation. It’s a win/win, for me anyway!

Now that’s not to say that I don’t sometimes actually LISTEN to the music I have carefully selected and downloaded to my IPod. What does a somewhat middle aged, occasionally anti-social woman listen to, you ask? Well, it covers everything from the ridiculous to the sublime. My current playlist starts with Patsy Cline’s Blue Moon of Kentucky, moves to Roger Miller’s You Can’t Roller Skate in a Buffalo Herd, and then on to a selection of Fleetwood Mac, U2, Adele and John Denver. It also holds a salute to the Maritimes with some John Allan Cameron, and the ever popular Margo’s Got the Cargo by Stompin’ Tom. And my most recent download, Uptown Funk by Bruno Mars. I know what you’re thinking…if you were me, you’d definitely NOT connect the earbuds to the IPod!!

It was a great reunion in Toronto Pearson between Kim and I. It’s been 10 years since we’ve seen each other. A quick drink in the Maple Leaf Lounge to toast the beginning of a fabulous holiday, and then time to head to our gate. It’s gonna be a long flight across the pond and a couple of hours of shut eye are called for. With Shelley already acclimatized to England, Kim and I have to hit the ground running. The jam packed itinerary starts shortly after arrival.

I like your taste in music! Hope you got some rest and are going to hit the ground running!

Only you could make wearing earplugs into an entertaining story. ..although great idea to deter that unwanted conversation. Hope you have a jolly good time!