One last day in Copenhagen and then sailing out 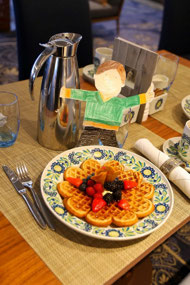 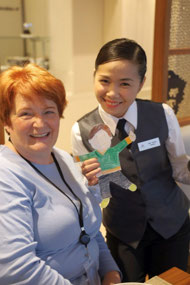 Flat Stanley got to pose with the server
description
Sleeping in, we didn't do breakfast until after 9:30am which meant we had to eat at Mamsen's in the Explorer's Lounge as it was the only operation open at that time for breakfast.  We intended to try it anyway since we read that their specialty was waffles.  We both tried one with berries, a light splash of syrup, and some goat cheese "cones".  We weren't impressed with the goat cheese, and waffles weren't as fluffy as the yeast-based ones we make at home, but they're good.

Since the ship seemed quiet in the late morning, we thought it might be a good time to do our laundry.   That didn't take long.   Rox rested in the early afternoon while Larry caught up on the lastest adventures of "Flat Stanley".  By mid-afternoon, the sun tried to come out a bit and we roamed around on the Sun Deck taking some photos.  But the sun didn't last long and we came back in to watch a "Port Talk" about Ronne, our next port-of-call, in the Star Theatre at the front of the ship.   We were surprised when the excursion director mentioned a tour that we wanted to take but couldn't find listed on the website.  So we spoke with him after the talk and found out it wasn't listed because it was full.  But he offered to "wait list" us.  So we don't quite yet know what we're doing tomorrow, but we'll be on some tour.

Going to the theatre was also a scouting effort as it's our emergency gathering point.   The ship-wide emergency drill was scheduled for 5:15pm so we got a jump on it by arriving a little early. 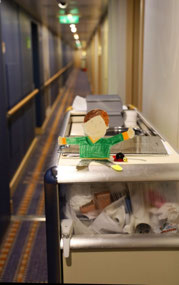 Flat Stanley hitching a ride on a cleaning cart
description
Unlike our Alaskan cruise with Princess Cruise lines, Viking doesn't keep life jackets in the cabin.  So we were instructed to take our cabin keycards with us to our emergency gathering point if we heard the emergency signal and we'd be issued life jackets there.  They demo'd how to put on the life jackets similar to what airline flight attendants do, but we didn't actually put them on.  So the drill wasn't an especially extensive activity.

From there, we decided to try the main dining room known simply as "The Restaurant".  Since it opened at 6pm, getting a table was easy.  We offered to sit at a "shared" table but were seating at a table for two.  Rox tried the Beef Wellington; Larry did a NY strip steak.  Both were good, but overall, we thought the food in Manfredi's last night was better.  It was still good, though, and we were full when we waddled back to our cabin.  We met both cabin stewards, Angga and Ariane, working the cabins on our row.  They were both on the ship last month when it hit the rough seas off the west coast of Norway and became disabled.  Neither said they were scared, but said it was the first time the emergency training ever really had to be used.   We all agreed that we felt better having "experienced staff" looking after us, but really didn't want any more such experience on this cruise.
Other Entries
- 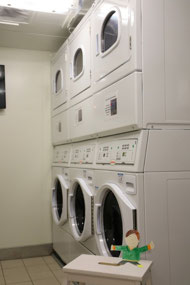 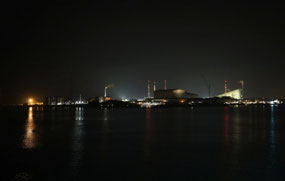 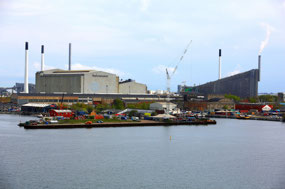 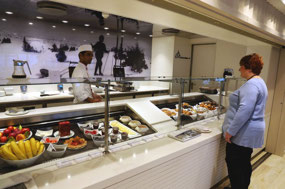 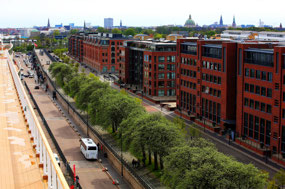 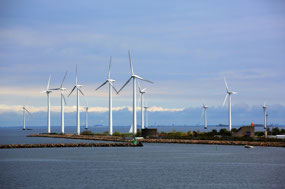 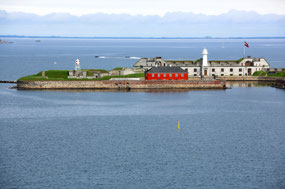 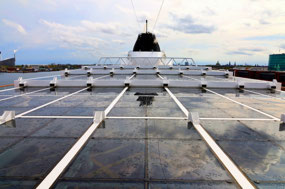 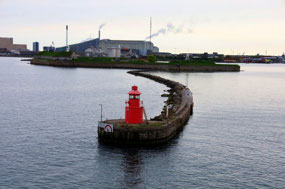 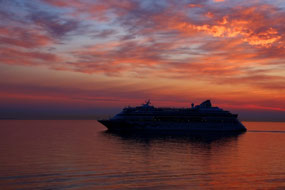