Our first stop is the island of Bornholm 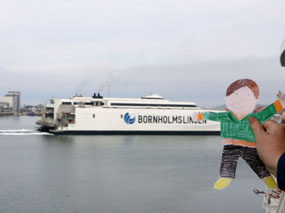 Flat Stanley watching the ferry come in
description
Bornholm is part of Denmark.   We got here just as the sun was rising.  We ate breakfast and watched some of the ferry boats arrive in the little harbor where our cruise ship, the Viking Sky, is docked.  The local guides say these ferries come from Denmark, Sweden, and even Germany to this little island.  Sounds like people like to come to this place!

We arrived in the harbor of the capital city called Rønne.  It is not a very big city; about 13,000 people live in Rønne.  That line through the “o” in Rønne is supposed to help you say the name.  It sounds like “ron-nay” to me when the local guide said it.

Only about 30,000 people live on this island, but we took a tour and the guide said that the island is also home to about 500,000 pigs.  We saw many fields of grains that had been planted but saw a lot of plants with bright yellow flowers in bloom.  Our guide said that those are plants from which canola cooking oil is made that you use in your kitchen when cooking food.  The local people also fish for a type of fish called herring and then smoke it to keep the fish from spoiling. 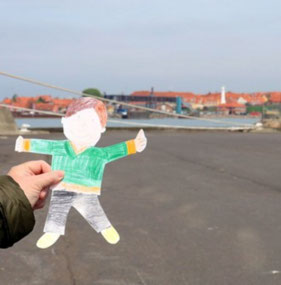 Flat Stanley at the dock in Rønne
description
I do not really like smoked herring, but maybe you have tried it and think it is good to eat?

We visited two other little towns on the north side of the island.  Their names are Gudhjem and Svaneke which are both hard for me to pronounce.  Did you know the local people of Svaneke sometimes hold a festival and play a game on a street with a bunch of numbers painted in squares on the street?  They put up some fences around the squares and then put a chicken in the fenced area on top of the numbers.  Then they bet on which number the chicken picks first.

Do you know how the chicken picks a number?

The number that is picked is the one the chicken poops on!

After a good breakfast in the main dining room (both of us did omlets today), we got our stuff together and disembarked the ship on the lowest deck (they call the "A" deck) and boarded a tour bus for the circle around the island. 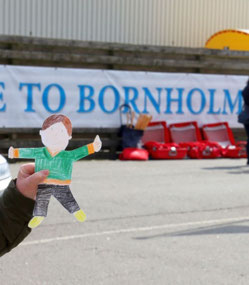 Flat Stanley welcoming everyone to Bornholm
description
We didn't spend much time in the capital city of Rønne itself but headed across the island to the north to the fishing village of Gudjhem.   When cutting through the interior of Bornholm, it becomes quite clear how dependent their economy is on agriculture.  Our guide pointed out that pork production was big here but we also saw dairy cattle and sheep.  But the main product is the herring caught in places like Gudjhem where we saw a number of smokehouses.   Being a Sunday morning, though, none were in operation so we didn't get a first-hand look.

Gudjhem, and the town we subsequently visited further southeast called Svaneke, both elicit your iconic image of quaint fishing villages nestled around the waterfront.   Craftsman had their specialty shops open and some restaurants were calling to visitors.  We didn't have time (or really feel hungry) for a local meal, but we took advantage of the grocery in the market area of Svaneke to buy a couple of Pepsi Max's since Viking, like nearly every airline or travel operation, seems to have been conquered by Coca-Cola.    Rox also availed herself of a lady who said she produced hand-made wool items and bought a very-soft pullover hat in Gudhjem.

We were very fortunate that we did get a little sun peaking out during our tour time which allowed some of our photos to have more color and vibrant than they would if the gloom that started the day had hung around all day.    By the time we got back and grabbed a little late lunch in the World Cafe buffet, the weather was beginning to close in.  When we sailed out of Rønne harbor, the rain started up.   Let it rain and get it out of its system.  Maybe we'll get lucky and have another pleasant weather day on the Swedish island of Gotland tomorrow.
Other Entries
- 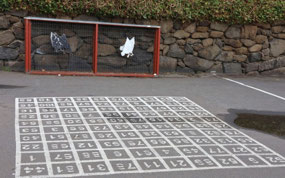 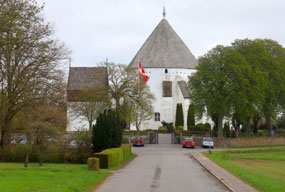 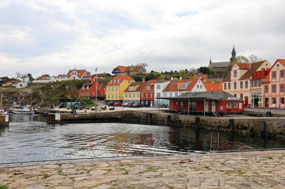 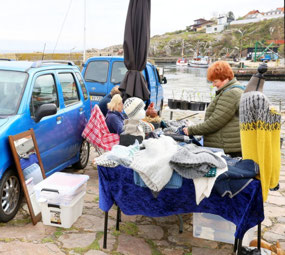 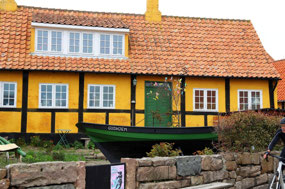 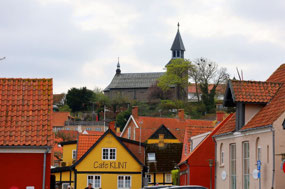 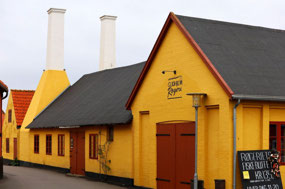 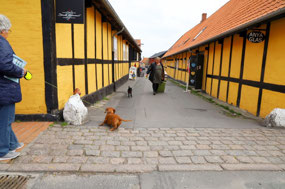 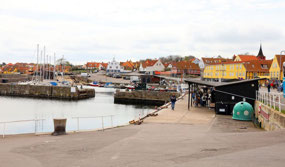 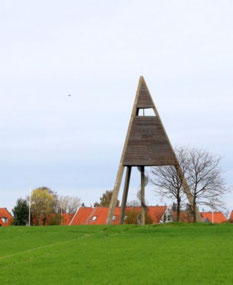 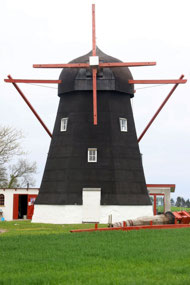 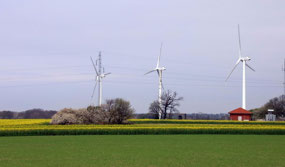