-
Rode with our TN friends to Alaska Wildlife Conservation Center, which takes in injured and orphaned animals that cannot be released into the wild. 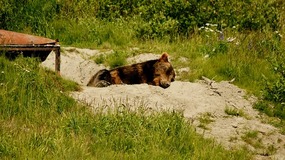 
They have large parcels of land fenced off so the animals have the freedom they might have in the wild. Saw musk ox, elk, moose, caribou, bear, plains bison, and wood bison (the only herd in the US). By each of the areas, there was an explanation of why the animal was there. 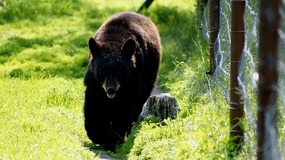 
One of the bears was found by two hunters when it was a cub and its paws were full of porcupine quills.
Drove to the small town of HOPE.
The school house is the oldest one in Alaska.  Art gallery had very nice pictures and jewelry made by the owners as well as other Alaska-made items.  Ice cream at Mo's—Alaska berry--very Yummy! 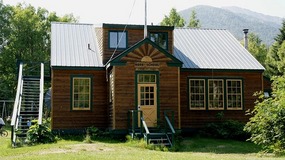 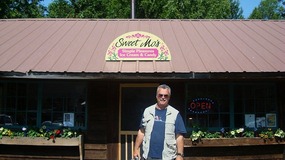 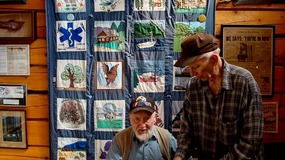 Hope Museum Volunteers
The museum was the best! Lots of interesting items and two men that volunteer; "CS" lived in Hope for 20 years; the other man for 50 years. They were great—told us all about the history of Hope and what happened during the earthquake. The wife of one of the men makes cards and postcards from pictures she takes.
This is a wonderful small Alaska town that has preserved its history.
So glad we came here to talk to the men in the museum.
Other Entries
-