-
Reall really want to watch Skyfall now. Still havent -problem. One big city that seems to be faster and busier than New York. But like New York has all those sights you've seen before...just not in person which is of course the best. A fun place with heaps going on very hard to live in on an average salary by all accounts. Somehow the hostel can afford a place in Kensington where apartments cost several mil and shiny BMWs often overshadowed by more Masseratis than I've ever seen.

First of all my roomates tell me in a bizarrre coincidence that I've replaced a kiwi from Canberra , wasnt even sure there were any 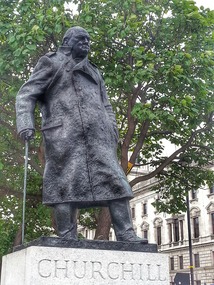 Grim and he wouldn't have it any other way
.

Walking tour guide tells us the best story about Buckingham Palace is about Michael Fagan, who in the 80s got drunk, decided he'd like to meet the Queen, scaled the walls and a drainpipe (tripping so many alarms people thought the system faulty), got drunker in the wine cellar, FOUND the Queen, had a chat before asking her if she had a cigarette. She called for one + one commando team. Couldn't even arrest the guy as breaking into the Palace wasn't illegal at the time.Keep away Napoleon - much hero worship of the Iron Duke of Wellington and especially Nelson for keeping this little wet island safe from that guy. Nelson killed at the battle of Trafalgar and his body preserved in rum...except of course the sailors then drank all the rum for luck on the return trip. No word on the condition of the body.Tower Bridge - When London wasn't choking on the smell of its own poo from the Thames, it was choking on the lack of bridges across it. Hell of a piece of engineering for back then.British Museum: possibly too big. Entertaining to see ancient fossils having been previously explained away as 'devil's toenails'. Colossal and full of loot.
Other Entries
- 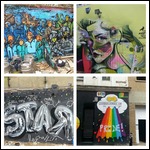 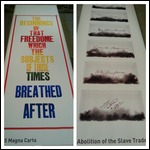