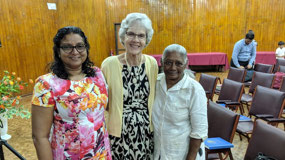 .
Today we held services and a Kingdom of God Bible seminar in the heart of Colombo. A tuk tuk driven by energetic servant Joash De Zilwa of the Colombo congregation came to pick us up at 10:20 a.m. for an 11:00 a.m. church service a few blocks away. It rained hard and it rained all day. We got to church at the Sasakawa hall.  It was very pleasant.  Near the start of church services the air conditioning was turned on and the temp was pleasant throughout the day.
Rohan De Silva gave a very well-developed sermonette about not letting down after the Feast of Tabernacles.  The Feast had just ended this past Monday on the east coast of Sri Lanka. About 70 were there which included the 40 plus of Colombo and people who came from Australia, US, UK, Canada and other places.
Then I gave my sermon on Philippians 1:6 which teaches that God has begun a good work in us and that He is determined to complete what He has started.  The audience was very attentive.
Services went almost two hours until 1:00 p.m.  Afterwards, we went across the street to a shopping center food court for lunch before the start of the 2:30 p. 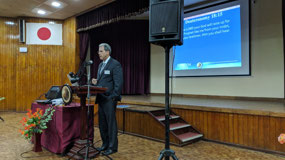 David Schreiber speaks at KOG Seminar Colombo
m. Kingdom of God seminar.
The driving rain all day long no doubt affected attendance.  There were about seven new people who came. Some had been there before.  I spoke for about 50 minutes. There was a 10-minute break with snacks that they call “short eats.”
For lunch we went across the busy street to a shopping center which had a large food court.  A lunch was give to us and we talked.  We didn't have too much time.  Carole was very accommodating to us.
We are finding out the demographic of even the people in local congregation. Some wear traditional apparel.  There are people who are Dutch in background who are called "Burgers."  They tend to wear Western wear. Interesting.
Then David Schreiber followed with his Kingdom of God message which was "Hear the Words of a Coming Prophet."  The message focused on our responsibility to obey God. The prophecy was about Jesus Christ in Deut 18:15 "The Lord your God will raise up for you a Prophet like me from your midst, from your brethren. Him you shall hear. 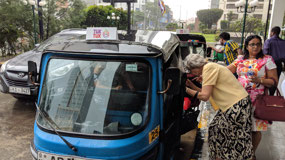 Bev getting into Tuk Tuk
"

I used a handout with scriptures for the audience to follow along.  David used PowerPoint.  Between the two meetings, Manfred De Zilwa sang a beautiful solo.  Wonderful voice!
The new people who came (mostly Beyond Today readers) stayed and wanted to talk more.  One was a dentist who had lived and worked in Ukraine for six years.  Very interesting man.
After all this, we went to Frank and Tina Reckerman’s home.  Their two children Dan and Natalie were there.  By the way, Dan also performed special music and he sang beautifully and played the guitar.  We were so impressed by the young people in the church! They took care of setup, sound and other matters.  Good job!
Then, for our final stop we went over to Joash De Zilwa’s home and met with a group of people for a lively conversation.  Finally, we are back at the hotel.  Full day!
So far, this visit has exceeded our expectations.  David and Jolinda Schreiber do a terrific job in lovingly caring for these people.  The warm relationship between them and the people is so obvious. 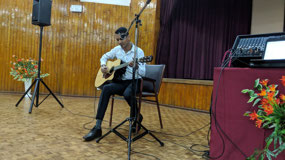 Dan Reckerman playing special music
Sunday morning we leave for India, first to Chennai (formerly Madras) and then our first stop at Vijayawada.
Just for my reference, here are some names and places for remembrance. 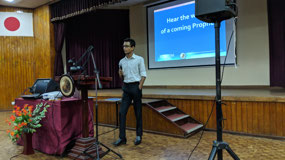 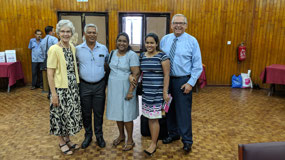 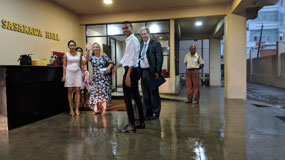 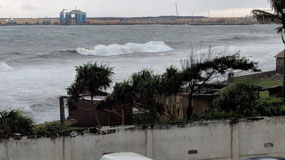 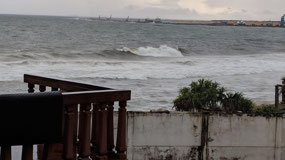 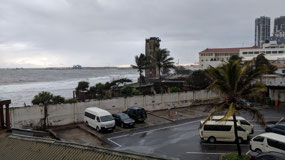 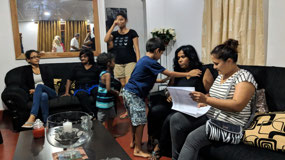 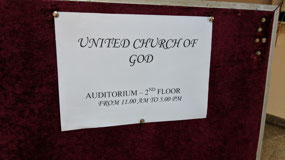 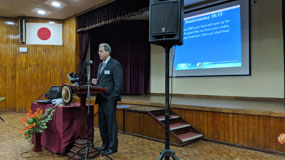 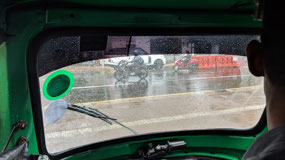 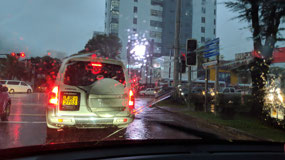 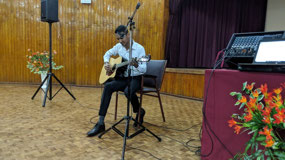 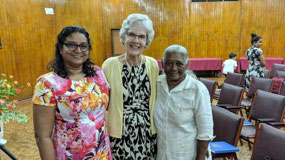 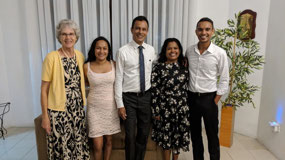 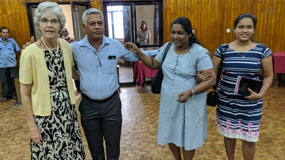 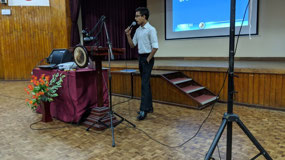 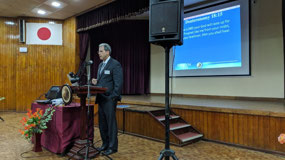 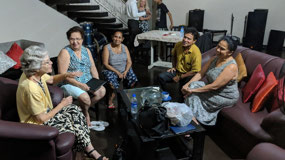 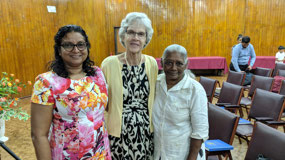 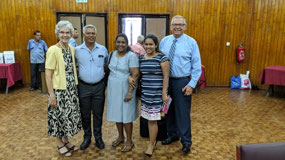 Lovely photos of familiar faces. Thank you for writing this up. It was a very fruitful Sabbath for everyone.